Catholics often seem to labor under the assumption that during the Second Vatican Council, some honest prelates made some serious but well-meaning errors when making the changes to the Mass that the council called for. They believe that the changes just need a little tweaking. In reality, the demolition of the Roman Liturgy was deliberate and systematic. The fastest way to understand that the Mass changes were entirely intentional is to learn of the life work of one Annibale Bugnini, a priest and later Archbishop who was involved in just about all the major changes to the Latin liturgy in the 20th century. 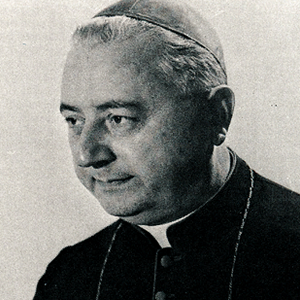 The Liturgical Revolution Revved Up In The 1940’s

In 1948, Pope Pius XII made Bugnini Secretary to the Commission for Liturgical Reform. (This commission was not part of Vatican II, but rather part of the Liturgical Movement that had started in the late 19th century.) Now the job of Secretary in these sorts of bodies is not to merely take down minutes during the meetings. It involves scheduling how frequently they meet, having a hand in setting the agenda, etc. So even 15 years before Vatican II started, Bugnini was exerting influence on the Mass.

The first major change to the Missal introduced under Pius XII was a revised rite of Easter Vigil (1951). In 1955, a whole new Holy Week was introduced. (Prior to this, Easter Vigil was held Holy Saturday morning. Which is odd, sure, but that’s how it had been done for centuries.)

But those weren’t the only changes:

The additional Collects said at Mass were abolished, along with most of the vigils of feast days. Twelve of fifteen octaves (some dating to the time of Saints Wilfred and Bede!), as well as the proper Last Gospels were also abolished, and so was the Feast of the Solemnity of Saint Joseph, Patron of the Universal Church, this being replaced with the feast of “Saint Joseph the Worker”, a kind of Catholic May Day.

After the death of Pius XII in 1958, Bugnini stayed busy:

Now the Preparatory Liturgical Commission had nothing to do with the 1962 Missal. It was tasked with preparing schema for the council (more on this soon). This 1962 Missal, the one in use by most traditional Latin Rite priests today, was the fruit of Bugnini’s other commission. Some of the changes included:

While adding St. Joseph to the Canon is in almost all ways innocuous, it set a precedent for the changes of the Mass that would follow. The Canon of the Mass had (since the fourth century) been thought of as a fixed, unchangeable rule for saying that portion of the Mass. Yet here was a change.

Also in 1962, Bugnini was removed from his position as the chair of Liturgy at the Pontifical Lateran University. The reason?

His positions were deemed too progressive.

Getting Ready For The Council

While his positions were too progressive to chair a Liturgy department at a pontifical university, they did not keep him from his post on the Prepatory Liturgical Commission for the Second Vatican Council.

This commission was tasked with drawing up schemas, outlines that would serve both as first drafts of conciliar documents as well as the starting point for the deliberations of the council sessions themselves. The various preparatory commissions each produced schemas that were impeccably orthodox. So orthodox, in fact, that on the second day of the council they were voted off the island. The bishops scrambled to produce new schemas…

and Bugnini already had an alternate one prepared for the liturgy.

Once Sacrosanctum Concilium, the Second Vatican Council’s document on the liturgy based on Bugnini’s alternate schema, had been promulgated, Bugnini was made Secretary of the Council for the Implementation of the Constitution on the Liturgy. This commission was tasked with drafting what became the Novus Ordo Missae, the New Mass. Here he had the same sort of influence that he had had with the Commission on Liturgical Reform, and then some.

Not only had Bugnini laced the document with numerous loopholes, he was then put in charge of exploiting them.

It would take too long to list all the differences between the rite of the Mass and the Novus Ordo in this piece. Instead, an anecdote will serve to illustrate how the biggest of those changes were made.

Fr. Louis Bouyer’s Resignation from the Council for the Implementation of the Constitution on the Liturgy 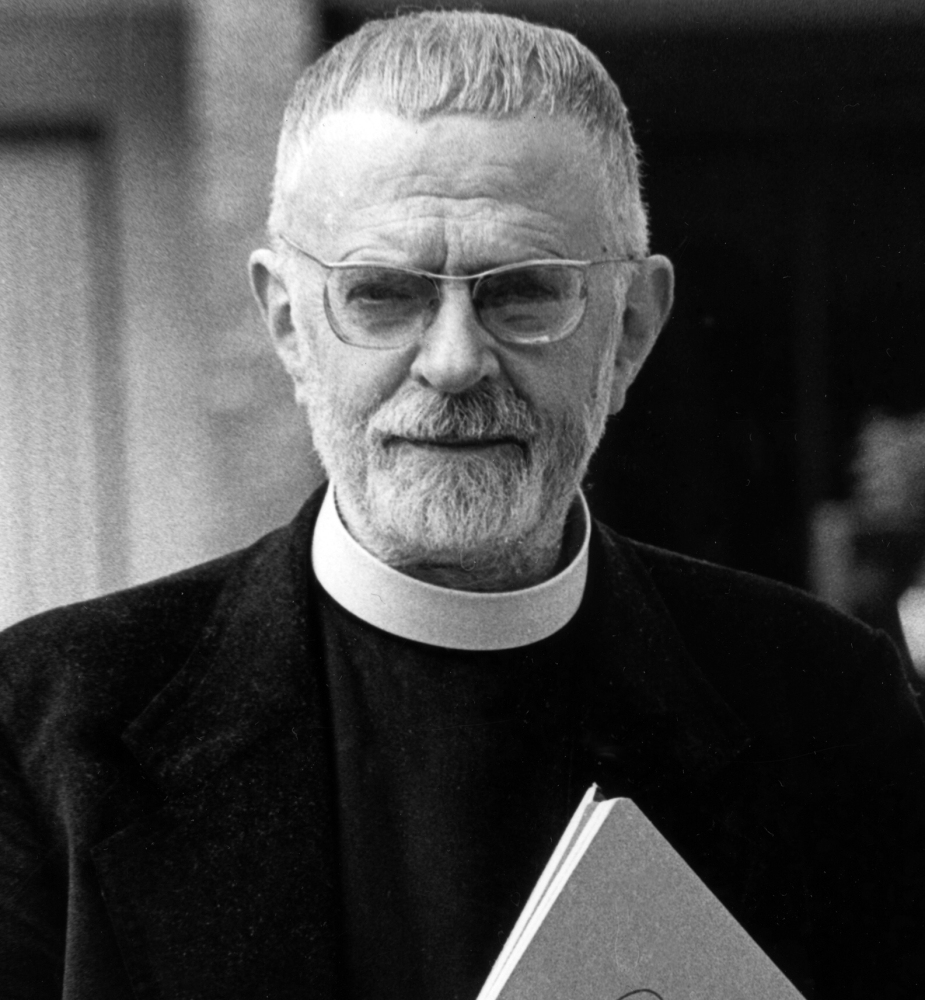 In 1974, Father Louis Bouyer, a former member of the Council for the Implementation of the Constitution on the Liturgy, recounted how he had tendered his resignation to Pope Paul VI:

Paul VI: Father, you are an unquestionable and unquestioned authority by your deep knowledge of the Church’s liturgy and Tradition, and a specialist in this field. I do not understand why you have sent me your resignation, whilst your presence, is more than precious, it is indispensable!

Father Bouyer: Most Holy Father, if I am a specialist in this field, I tell you very simply that I resign because I do not agree with the reforms you are imposing! Why do you take no notice of the remarks we send you, and why do you do the opposite?

Paul VI: But I don’t understand: I’m not imposing anything. I have never imposed anything in this field. I have complete trust in your competence and your propositions. It is you who are sending me proposals. When Fr. Bugnini comes to see me, he says: “Here is what the experts are asking for.” And as you are an expert in this matter, I accept your judgement.

Father Bouyer: And meanwhile, when we have studied a question, and have chosen what we can propose to you, in conscience, Father Bugnini took our text, and, then said to us that, having consulted you: “The Holy Father wants you to introduce these changes into the liturgy.” And since I don’t agree with your propositions, because they break with the Tradition of the Church, then I tender my resignation.

Paul VI: But not at all, Father, believe me, Father Bugnini tells me exactly the contrary: I have never refused a single one of your proposals. Father Bugnini came to find me and said: “The experts of the Commission charged with the Liturgical Reform asked for this and that”. And since I am not a liturgical specialist, I tell you again, I have always accepted your judgement. I never said that to Monsignor Bugnini. I was deceived. Father Bugnini deceived me and deceived you.

To put it bluntly, Archbishop Bugnini played both his committee and the pope in order to push his most egregious reforms through.

Bugnini did not make these liturgical changes for the edification and education of faithful Catholics. Rather, he made these changes with the explicit intention of making the Mass more acceptable to Protestants.

In an article Bugnini wrote for L’Osservatore Romano in 1965, he said:

“The 7th prayer [of the new rite for Good Friday] bears the title: ‘For the Unity of Christians’ (not ‘of the Church’, which was always one.) No longer used is the pariah ‘heretics’ and ‘schismatics’ but ‘all brethren who believe in Christ…’

Scholars think to shed light on biblical and liturgical sources from which the new texts are derived or inspired, which the Study Groups of the “Council” accomplished by using a chisel. And let’s say that often the work proceeded ‘with fear and trembling’ by sacrificing terms and concepts so dear, and now part of the long family tradition. How not to regret that ‘Mother Church- Holy, Catholic and Apostolic - deigned to revoke’ the seventh prayer? And yet it is the love of souls and the desire to help in any way the road to union of the separated brethren, by removing every stone that could even remotely constitute an obstacle or difficulty, that has driven the Church to make even these painful sacrifices.“

Since this has been quite long for a blog post, I’m not going to get into the falling out he had with Paul VI (who essentially exiled him by making him the Apostolic Nuncio to Iran). Nor am I going to get into other, non-Mass reforms that Bugnini wished to make (like decimating the rosary or firebombing the breviary). I wish to leave you with one question:

After examining the role of Bugnini in the development of the Novus Ordo, and his role in changing the Traditional Latin Mass in the 40s and 50s, which is more likely: that the Second Vatican Council was hijacked by progressives? or that it was engineered from the beginning to be a vehicle of destruction of the Roman Liturgy?