Whenever there is confusion about a papal plane interview, one logical fallacy is sure to crop up in the ensuing commentary: Denying the Antecedent.

Denying the antecedent is a perversion of modus tollens, a common way of logically structuring an argument. A sound modus tollens argument looks like this:

The skeleton of such an argument looks like this:

The first premise sets up a conditional, an “if-then” statement. If this happens, then that follows. If this is true, then that is also true. The second premise finds that the consequent, whatever happens after “then”, is not the case. Given those two premises, the conclusion inevitably and logically finds that the first part of the first premise, the “if” of the “if-then” statement, also cannot be the case.

In the example above, having dry grass means, due to the inexorable logic of modus tollens, that the sprinkler could not have been turned on in the previous 30 minutes. It simply could not have happened.

In contrast, the logical fallacy of denying the antecedent denies the wrong part of the first premise, the “if” instead of the “then”. The antecedent, if you will.

Here’s the fallacy in action with our lawn-moistening example:

See what happened there? Just because the sprinkler did not go off in the last 30 minutes doesn’t mean that the grass is not wet. The grass could be wet for all manner of reasons. It could have rained, a dog could have relieved himself, etc. 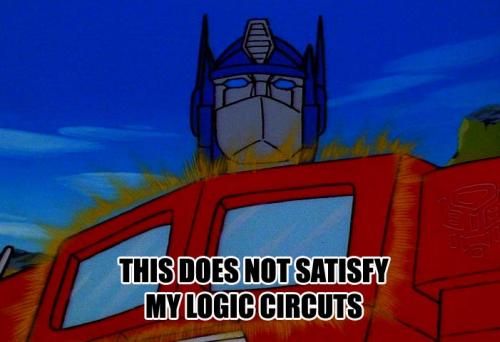 Here’s the same fallacy, this time in an example that, broadly speaking, could stand in for a reaction to one of any number of statements by Pope Francis:

Of course, that example of denying the antecedent is a bit simplistic. Many times, that sort of argument is accompanied by some explanation of what he simply had to have meant. “Since he couldn’t have endorsed contraception, he’s talking about NFP here.” etc. Anyone embellishing with this line of reasoning is trying to rehabilitate the antecedent to the point of affirming it. They’re trying to make it a Catholic statement, even though it isn’t.

And that, of course, is what is so dangerous about denying the antecedent: it denies the truth.

Denying the antecedent facilitates a deadly denial of truth. If the pope actually said something that denies Catholic teaching, he needs prayers: quickly, and lots of them. But if you don’t think that he could possibly say such a thing, you’re not going to pray for the intention that he learn of his error and change his ways. By wielding the denial of antecedent in a mistaken defense of the pope, you are instead denying him graces.

Our pope needs so many graces in this time of crisis for the Church. So please, avoid denying the antecedent. Otherwise, you might find yourself giving aid and comfort to the enemy of souls.