There is no such thing as the extraordinary form of the Mass.

In this regard, it must first be said that the Missal published by Paul VI and then republished in two subsequent editions by John Paul II, obviously is and continues to be the normal Form – the Forma ordinaria – of the Eucharistic Liturgy. The last version of the Missale Romanum prior to the Council, which was published with the authority of Pope John XXIII in 1962 and used during the Council, will now be able to be used as a Forma extraordinaria of the liturgical celebration. It is not appropriate to speak of these two versions of the Roman Missal as if they were “two Rites”. Rather, it is a matter of a twofold use of one and the same rite.

Well that seems simple enough, right? According to Benedict, there is one rite, but two forms: ordinary and extraordinary.

The thing is, that distinction is simply wrong on the face of it.

Pope Paul VI, in a general audience given 26 November 1969, kicks off his address with the following:

We ask you to turn your minds once more to the liturgical innovation of the new rite of the Mass.

That’s right: the pope who gave us the new rite of the Mass calls it a new rite.

If anyone would know if it’s a rite, it should be the pope who gave it to us.

This should be enough to show the Extraordinary Form/Ordinary Form distinction does not reflect reality. But there are other reasons as well. 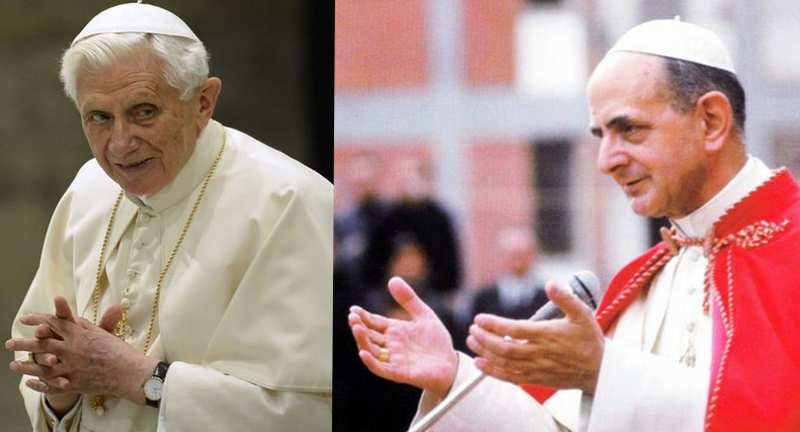 In the history of the Roman Rite, different Masses within that Rite have themselves been called rites. For example, the Dominican rite, or the Ambrosian rite. These “little r” rites have a long and storied pedigree. In contrast, saying that one rite has multiple forms is an utter novelty.

Pope Francis Does Not Call It The Extraordinary Form

Then there are particular issues, like the liturgy according to the Vetus Ordo. I think the decision of Pope Benedict [his decision of July 7, 2007, to allow a wider use of the Tridentine Mass] was prudent and motivated by the desire to help people who have this sensitivity. What is worrying, though, is the risk of the ideologization of the Vetus Ordo, its exploitation.

The EF/OF Distinction Is A Legal Fiction

Now there is a sense in which the extraordinary form exists: as a legal fiction. This is de facto the purpose it serves in the current legislation of the Church.

If Pope Benedict XVI had erected it solely as a legal fiction, that would have been one thing. But instead he used the power of the papacy to tell a lie: that the Novus Ordo and the Vetus Ordo are the same rite of the Mass.